On the 20th February 2005, Conrad Humphreys became only the 5th British yachtsman in history to complete the Vendée Globe race. He crossed the finish line after 104 days alone at sea in what has been described as one of the most remarkable comebacks in the history of the race.

Humphreys set out from Les Sables D’Olonne, France in November 2004 with 19 other competitors to race non-stop around the world. After 25 days at sea, Conrad was about to enter the cold desolate waters of the Southern Ocean when he hit a submerged object at speed. Flung across the cabin, the impact of the collision smashed one of his twin rudders and as he limped towards Cape Town to make repairs everyone thought that Conrad’s race was over…everyone except Conrad and his team.

Conrad’s remarkable story is one of courage, determination and triumph that will enthral and inspire all who watch it. 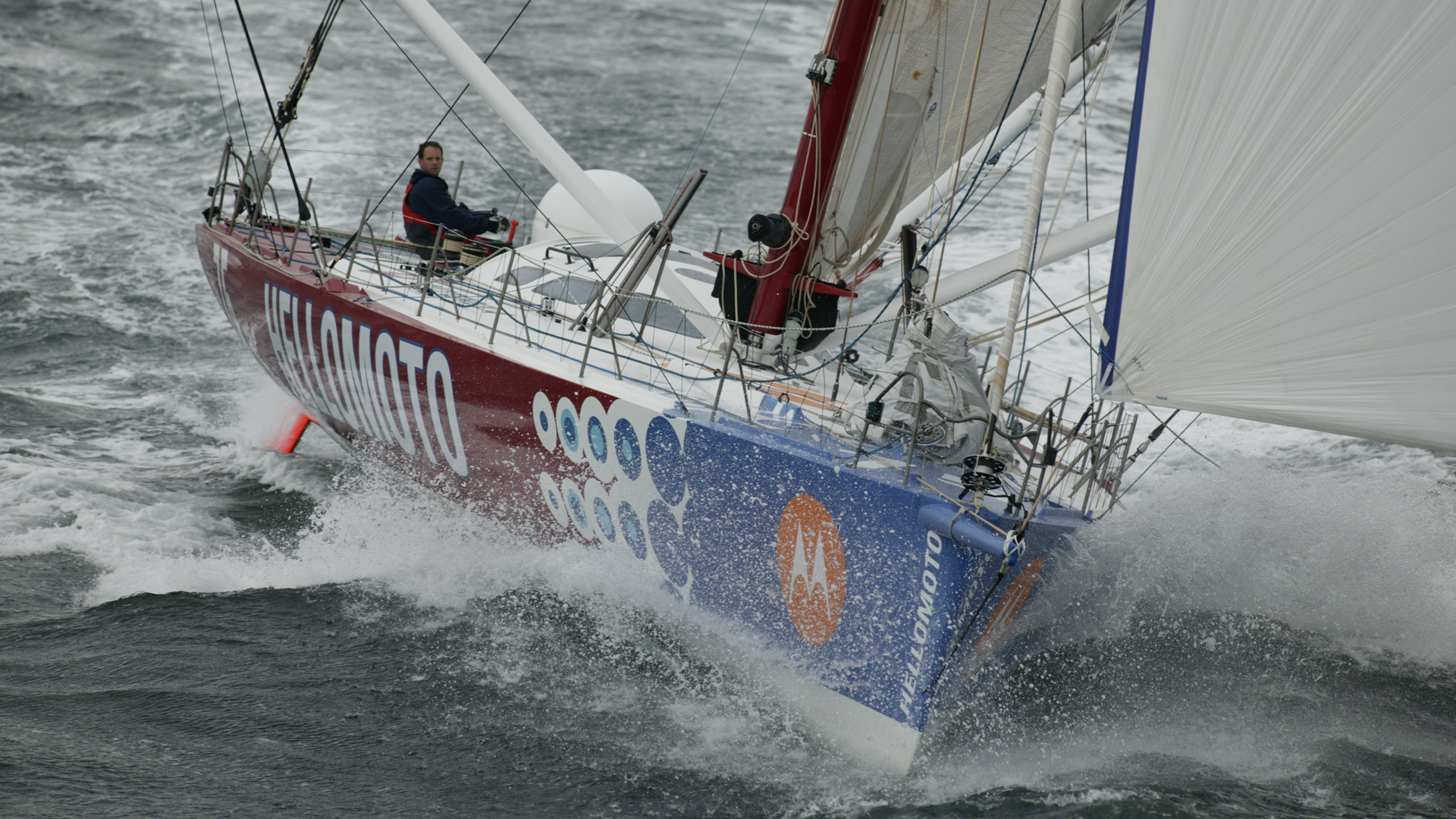 After 25 days at sea, Conrad was lying in 7th place in a fleet of 20 and just about to enter the cold, desolate waters of the Southern Ocean when he hit a submerged object at speed. Flung across the cabin, his first thoughts where that he was sinking. HELLOMOTO withstood the impact, but the a rudder did not. Everyone thought that Conrad’s race was over as he limped towards Cape Town. No-one had ever successfully changed a rudder at sea without assistance and gone on to complete the race.

Conrad arrived in Cape Town and anchoring off a small bay near Simon’s Town set about changing the broken rudder. Diving repeatedly under the hull in the full glare of the world’s media, he managed to replace the rudder and rejoin the race. The euphoria he felt at completing the repair was swiftly replaced by apprehension when he realised that he would now be entering the Southern Ocean, in last place and nearly 4000 miles behind the leaders.

Conrad dug deep; he set off from Cape Town knowing that his only chance of safety lay 500 miles ahead of him. He set himself a target of catching the next boat by Christmas and stayed motivated by maintaining his speed and distance with the leaders. The Southern Ocean was brutal, several of Conrad’s competitors were in trouble in mountainous seas and one yacht had smashed into an iceberg, but Conrad was flying.

Conrad rounded Cape Horn, in 9th place having closed the distance to the leaders by a remarkable two hundred miles. He attacked the South Atlantic taking a day off the record from Cape Horn to the equator. With 3000 miles left to the finish, HELLOMOTO’s own hydraulic rams that control the three tonne keel dramatically failed leaving the boat dangerously unstable. Conrad secured the keel as best he could with a series of lashings and decided to continue racing towards the finish line. Sleeping with his emergency grab bag and living with the constant fear that his own keel would come away from the yacht, Conrad continued up the Atlantic crossing the finish line in 7th place, after 104 days at sea to a hero’s welcome. 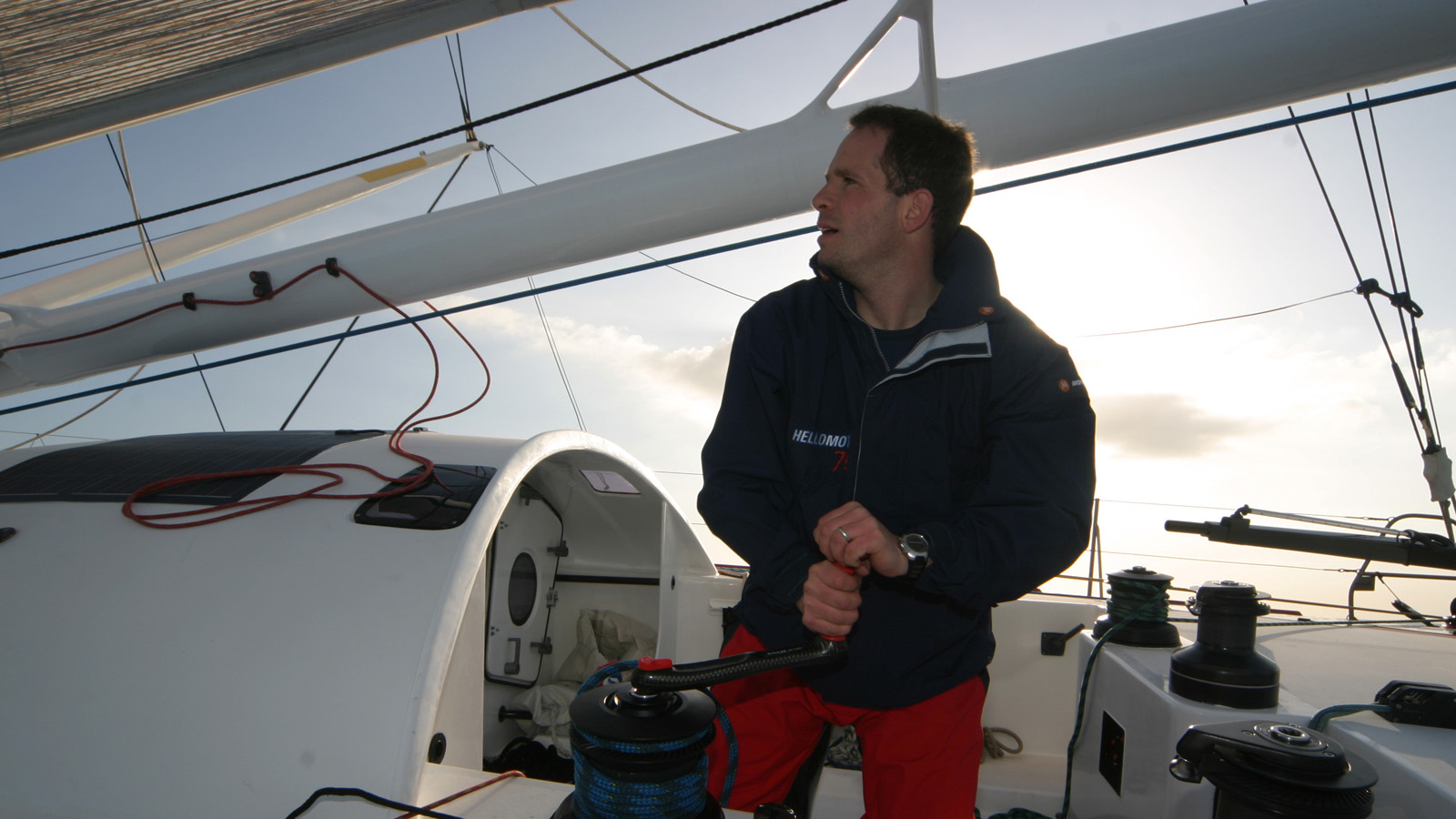 Book Conrad as a speaker for your live or virtual event