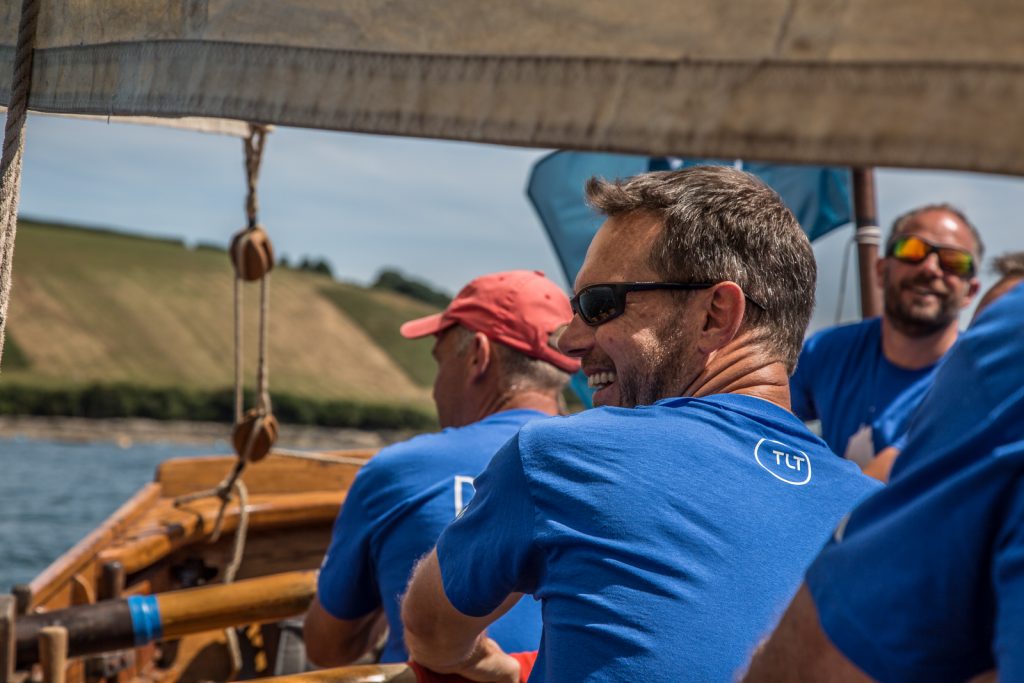 The historical match race between two replica launches has been won by Bounty’s End, skippered by round the world sailor, Conrad Humphreys.

The Bligh Boat Race was organised by St. Mawes Yacht Club and held during the 31st Tilley Endurables Falmouth Classics event. The two boats, built to celebrate, Bligh’s 4000 mile open boat journey, raced against each other for the first time in the Carrick Roads, Falmouth.

Bounty’s End, sponsored by TLT Solicitors controlled the start to lead at the first windward mark. The team, which consisted of both sailors and experienced gig rowers from Devon’s, Salcombe Gig Club, managed to extend away from Bligh’s Tribute in the very light winds.

To add to the spectacle, a short leg was introduced to the Race, which involved the crews making landfall on a beach at St. Mawes. The crew of Bounty’s End raced up the beach first to grab a can of Offshore Pilsner, provided by Sharps Brewery.

In the light winds, rowing proved decisive for the team onboard Bounty’s End, but there were moments when the lighter, Bligh’s Tribute seemed to be sailing faster.

Conrad Humphreys was quick to congratulate their efforts and a re-match will take place in Plymouth, the spiritual home of Captain Bligh in 2019.

“It was brilliant to see both boats on the water racing at the Tilley Endurables Falmouth Classics and there couldn’t have been a better backdrop for these incredible replicas to to go head-to-head. Next year we will organise the re-match and it will be great to welcome Bligh’s Tribute and the Falmouth team to Bligh’s spiritual home in Plymouth.”