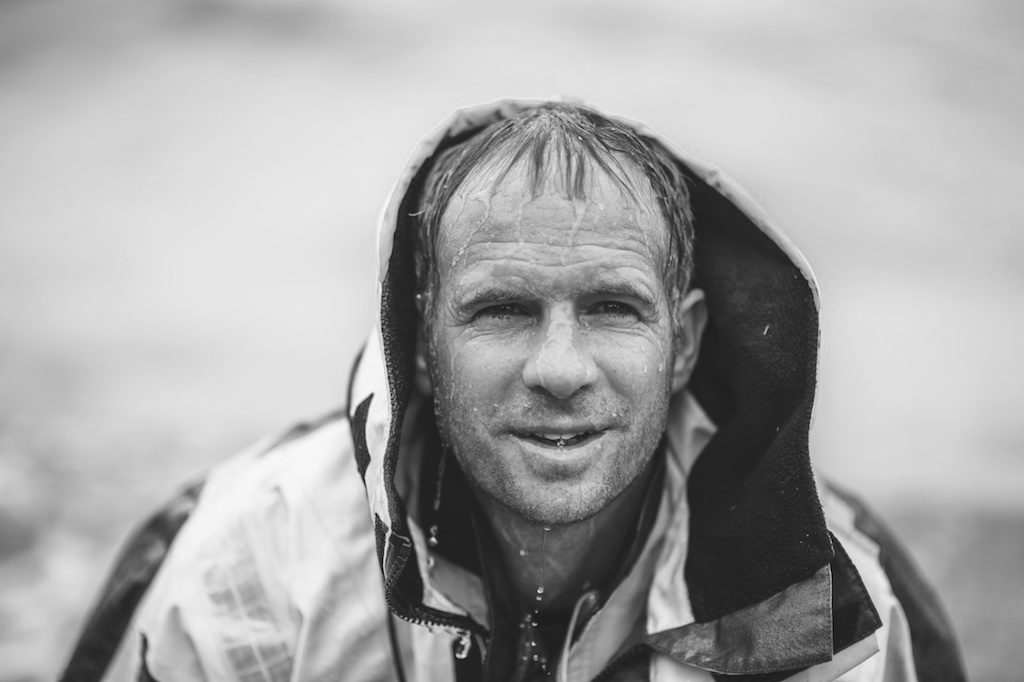 Why on earth would you want to sign up to something like this?
I’ve got a little bit of a history of doing lunatic endeavours. I’d never sailed in a little wooden boat like this before – Most of my career has been fast, high-speed yachts, and extreme conditions. But this was very, very different, so I jumped at the opportunity.

Was it a very different boat to handle from those you’re used to?
Yeah, very different. It has no keel, very simple sails, so you’re really at the mercy of the wind and the waves, which adds some risk. But it was a simple boat, so there was very little to go wrong, very little to break, and easy to repair.

Presumably navigation was another very complicated aspect of the journey?
Yeah. Obviously today we have all sorts of technology to identify exactly where we are, so the challenge in today’s world is “Where do we want to be?” Whereas in Bligh’s world it was very much “Where are we, and are we about to hit a reef?” Trying to accurately navigate with traditional methods is not something that modern man does anymore.

How did you prepare for the series?
I brushed up on positional navigation, and learned some of the techniques that Bligh would have used. I put on a bit of weight in readiness. In hindsight I wished I’d put on a bit more. I lost 20 kilos. I wasn’t prepared for that amount of weight loss. And then a lot of preparation was preparing the crew. A lot of them had very little sailing experience. I taught them basic techniques about raising the sails, trimming the sails, how to move carefully around the boat without tipping it over. Personally, I had to prepare my family, as you often do with these sorts of trips, for what could be the worst. This was a dangerous trip. There are always dangers when you go to sea.

What were your worries going in to the series?
The biggest worry was the fear of losing somebody overboard. As a professional sailor who has made a career out of sailing, the biggest fear is always losing somebody over the side, and in this boat it would be very, very difficult to go back and recover someone. Other fears – coping with the intensity of being on board with a small group of strangers, and whether we would bond as a team. And I was quite fearful of the lack of food. Generally I’m pretty stable, but I know if I don’t eat regularly then I can be prone to mood swings. But actually on this trip that happened very little, and I think it was because of a lack of things like sugar and caffeine, which give you these highs and lows.

What was the reality like, compared to the theory?
It was remarkable, in a number of different ways. At times there was great fear. It taught me a lot about myself, how I reacted to certain people on board, how much I enjoyed working with Ant. Normally in these situations I’m in charge, so playing a supporting role to Ant taught me the art of followship, which is as important as leadership. I really enjoyed the sense of achievement and accomplishment that came with getting to the end. I would go so far as to say it ranks alongside the Vendee Globe and winning the BT Global Challenge and some of the other big events I’ve done.

What did you miss the most, from everyday life?
I missed being able to talk to my family. Normally on these voyages the one solace you have is the ability to make a call. I think that was the only thing I missed. We’re all so busy in our day-to-day lives, it was incredibly rewarding to be able to switch off and focus on the things that I do well and love to do.

You’ve mentioned the lack of food. How was the lack of sleep?
I handled it okay, bearing in mind I have quite a lot of experience of that. I’ve done quite a lot of single-handed sailing, where you have to learn to sleep in short cat-naps. At the beginning I didn’t get a lot of rest, but as time went on and people became more experienced, I was able to get plenty of sleep. I’ve been in worse situations.

What kind of relationships did you form?
This was a central part of the whole project. I’m always very open to meeting new people, and this was something I really relished from this experience. What a fantastic group of characters. They all brought different elements to the boat. There was a real sense of shared purpose and sharing the experience. It didn’t work for everyone, not everyone bonded in that way. But it was brilliant. I really respected Ant’s ability to learn quickly and to take a hand in the sailing, and he really rose to the leadership role – particularly when times were tough. I’d like to think we really leant on each other in times of duress.

What were your lowest moments?
I would say the final few days when we were becalmed towards the finish, in the heat. Strategically, my head was telling me we needed to do something different, in terms of strategy. It was probably the only time in the trip that Ant and I disagreed about what we should do. From experience of trying to get out of those high pressure, no wind situations, I would have taken a different course of action. Which we eventually had to do, because we’d run out of water and food. But I think I would have been more proactive earlier, lightening the boat and getting rid of the weight, and considering rowing, even though it was difficult for some people because they were weak at that stage.

What were the high points?
So many, really. Seeing this group of disparate people come together and get so much out of the journey. A real high point was seeing Rish develop into a really excellent sailor. It was fascinating seeing people’s courage develop, and generally watching their demeanour and wellbeing on the boat evolve.

What did you learn from this experience?
I’ve learned patience, I’ve learned to trust other people’s judgement, I’ve learned to be very content with very little around me. Great happiness can come from the very simple things in life. When we are stripped completely bare, there’s a lot of fun to be had.