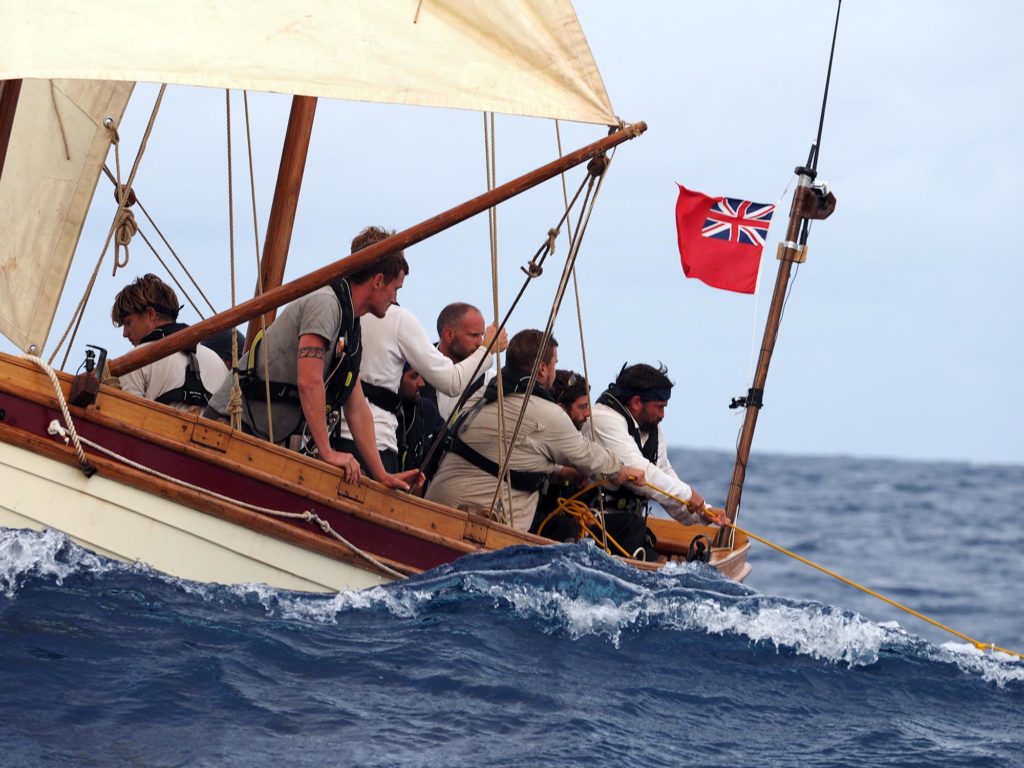 What happens when a group of strangers are thrown together into a 23 foot boat without a lot of sailing experience and cast adrift with only enough rations for a week at sea? Unlike the original story, where Bligh had a group of able sailors who knew each other’s strengths and weaknesses this was different. Whilst the skills did mirror Bligh’s crew, we had a handyman in place of a carpenter, a trainee doctor in place of a surgeon and a whisky salesman in place of a Clerk, we didn’t have any time together to prepare how we were going to operate. Here are my quick thoughts from Episode 1…

Get to know your teammates fast

We needed to act quickly and to be able to establish a routine, meant understanding what roles we could play. Everyone brings something to the table, so focus on what people can do rather than what they can’t. Quickly identify a leader and give people jobs. Banter can be great for morale, but keep a close eye on the quiet ones, often they will be the heroes when the going gets harder.

Agree how you are going to operate

Creating the right culture onboard is critical to success and time well spent getting people to agree the way you’re going to operate will help prevent issues surfacing downstream. Paint a clear picture of what success looks like and get everyone’s input. Bligh led his main to safety over 4000 miles, that was his priority, but he didn’t really care a lot for his men.

Quickly build a routine and establish a leader

When you’re fighting for survival through a storm, it’s easier for people to come together and rise up to the challenge, but maintaining momentum through the doldrums will cause idle people to lose focus on the task ahead. Building a routine will help people focus, gives structure to the day and ensures people rest when necessary. Establishing a leader who is able to look forward and keep up morale even in difficult times is critical for success.

Former SBS soldier, Ant Middleton played Bligh and led the team. He was not an experienced sailor, but was very much a survivalist and understood the need to look after his men.

Prioritise – Look after each other: shelter, food, sleep

With just 400 calories in our daily rations and only 28 gallons of water we had to prioritise food and water. Landing on Tofua, the guys had one single mission and that was to smash and grab as much food as possible in 24hrs, whilst we tried to make the boat more seaworthy and make a shelter from the waves and rain. We didn’t achieve either and when we left Tofua, we headed into bad weather. The delay cost us dearly, with headwinds and stormy conditions our bodies suffered terribly and by the time we arrived in Fiji, half the crew were desperate to leave the boat.

Keep your eye on the weather ahead, storms are often temporary, but calms can last forever.

I have always preferred battling storms to sitting becalmed in a high pressure, windless zones. Often storms are preceded by calms which can give a false sense of security. Use the calm weather to rest, recover and make good any repairs, work hard to look after your boat, it’s the security that keeps you all safe. Remember, stormy conditions normally only last a few hours, sometime days, but calms can last a lot longer. Without shelter, dehydration can quickly turn a group of coherent men into a rabble fighting for survival.

Mutiny premieres on monday March 6 at 9pm on Channel 4. For details visit: channel4.com/programmes/mutiny

The Mutiny speaking tour kicks off in Plymouth on the 29th March and at the Royal Geographical Society on the 3rd April. More details conradhumphreys.com/mutiny

Six Senses – A Sense of Belonging