A date with a mutinous history 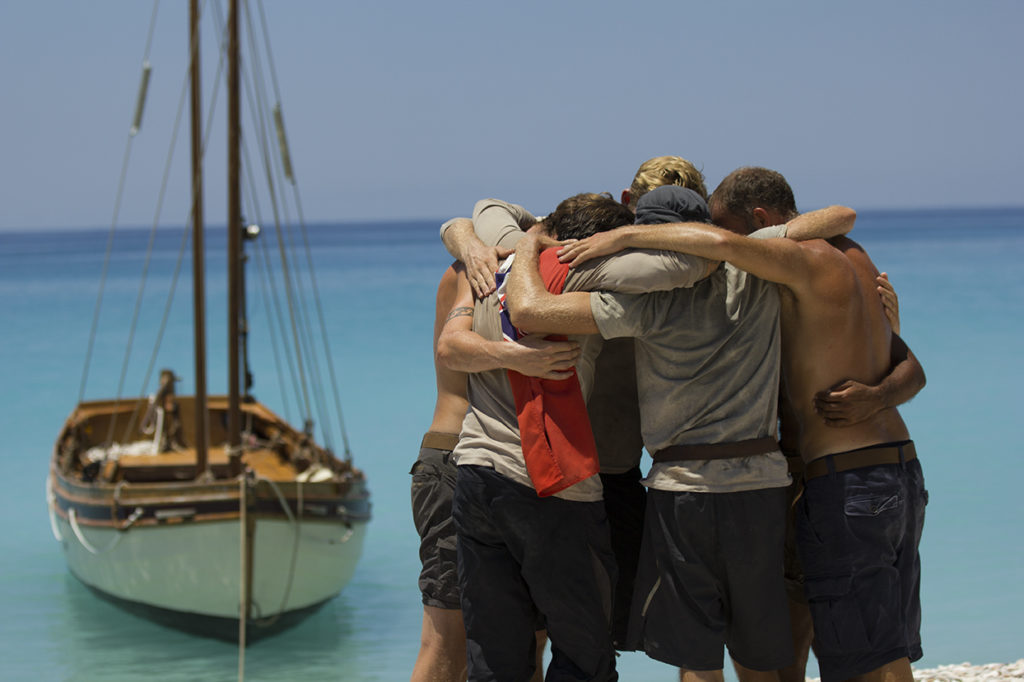 On the 14th June 1789 Captain Bligh and his 18 crew arrived in Timor after a 4000 mile journey in an open 7.0m boat. They made history surviving the ordeal after the infamous Mutiny on the Bounty

230 years ago, British navy ship HMS Bounty was sailing from Tahiti to the West Indies when a serious rift broke out between their young Captain William Bligh and the crew led by Fletcher Christian. The Mutiny of the Bounty as it was referred to would go down in the annals of history. Captain Bligh and his loyal men were cast adrift in mid-ocean in the Bounty’s 23-foot launch in the expectation they would die. In a remarkable feat of seamanship, Bligh sailed the heavily overloaded launch to safety across 3600 nautical miles of open sea from Tonga to Timor, in the East Indies. This journey has been described as one of the greatest small-boat survival voyages, a triumph of endurance, navigation and leadership against extraordinary odds.

It remains one of the greatest survival feats in British history

I am now to relate one of the worst acts of piracy ever committed – at dawn of day, several men came into my cabin and while I was asleep, seized and tied my hands behind my back and took the Bounty from me

“We staggered up the beach in a remote part of Timor, our weary legs gave way as each of us collapsed onto the pebbly shoreline. Tears of relief ran down our cheeks as we sat motionless for the first time in over 60 days taking in our strange surroundings. I felt strangely numb. Looking back out to sea at the tiny 23 foot wooden boat that had been our world since leaving Tonga, I suddenly wanted to be back onboard. Cameras, interviews, people, hassle – surely Bligh didn’t have to contend with this welcome, or maybe he did. He certainly did not arrive to a hero’s welcome. His men were half dead and most would die within a few weeks of their arrival.

This was to be our story, a modern day recreation of Bligh’s 4000 mile open boat voyage from Tofua where he was cast adrift from HMS Bounty to Timor where he skilfully navigated Bounty’s Launch through some of the world’s most remote islands and treacherous reefs. For Bligh, his only mantra was survival. Cast adrift after a mutiny and left for dead with enough rations for only a few days sailing, a sextant, some declination tables, a pocket watch and some carpenters tools. Who knows really what was in his mind as he pointed the Launch towards Tofua, 35 miles away. What unfolded was the greatest feat of navigation and survival in British history. Although Bligh was not regarded as a hero by any of his peers.

When I was first approached by Windfall Films to be the professional skipper onboard this ambitious recreation, my heart raced at the thought. I’ve never been shy of taking on sailing challenges, but this was at best audacious and extremely reckless at the same time.  To think, with a crew made up of mainly non-sailors; a cast, that would fit the Bligh storyline perfectly; a handyman in place of a ship’s carpenter, a student doctor in for a surgeon and a whisky salesman in place of the ship’s clerk, that we could really pull this off, was bold to say the least. Could modern man survive the same fate as Bligh and his men? Clearly we could and did.

Many comparisons will be drawn about Bligh and his ability to lead his men to safety. For us, our Captain was former SBS soldier, Ant Middleton. Like Bligh he was only 35, but unlike Bligh he was not an experienced sailor. Ant did know how to survive and shouldered the weight of leadership like he was born to be on water. When I looked across to him one night when the wind howled and the heavens unleashed a torrent of rain on our shivering, terrified crew, he looked at me with a broad grin. It was enough for me to realise that like 1789, its only wind and water and if we kept sailing west we’d eventually arrive.”