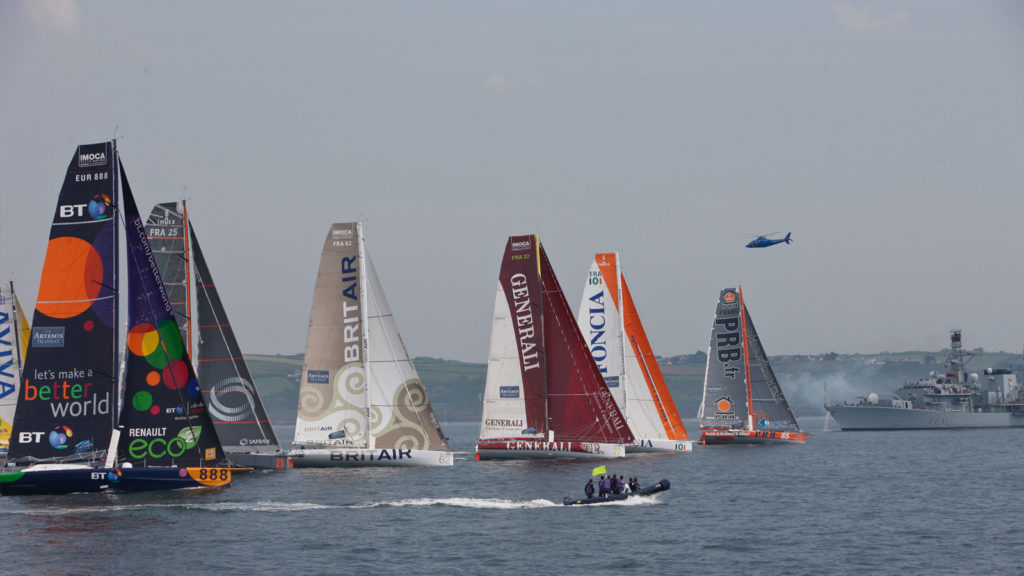 Plymouth yachtsman Conrad Humphreys has joined the OSTAR 2020 team as ‘race ambassador’. Conrad competed in the TRANSAT in 2004 onboard the Open 60 Hellomoto before going on to finish 7th in the Vendee Globe race. He recently completed a remarkable feat of navigation as he piloted a 23ft open boat 3600 miles through the Pacific over 60 grueling days following in the footsteps of Captain Bligh’s famous post mutiny voyage which was recently shown on Channel 4.

“The OSTAR holds a very special place in my heart” says Conrad.“It was the race that captured my imagination as a 15 year old when I helped American, Michael Reppy prepare his trimaran for the 1988 edition. The race is the grandfather of modern single-handed racing and still regarded on both sides of the channel as the most demanding transatlantic race of them all. 2020 will see both single- handed and double-handed skippers take part in the event and I very much hope to be one of the competitors to compete in this magnificent race.”

The next OSTAR and TWOSTAR is due to start in May 2020 during the year of Plymouth’s Mayflower 400 celebrations. It will also commemorate 60 years since the first single handed transatlantic race was run by the Royal Western Yacht Club of England based in Plymouth.